A young woman repressed the memory of having killed someone when she was twelve years old. Thirteen years later that memory comes back.

Lea, an adventurous, free spirited twelve-year-old lives in an idyllic setting Upstate New York with her academic parents. Her life changes dramatically on the day the family relocates to Houston, Texas. Before their departure, in a tragic misstep, Lea is goaded into a fight with fourteen- year- old Bill. Acting out of frustration, she gets hold of the gun he has taken from his father. She accidentally fires a shot in his direction causing Bill to fall in to a deep shaft. Not knowing if he survived, Lea is forced to leave.

Lea, who has repressed the memory of that fateful day, is an emotional wreck. She is prescription drug dependent and on the verge of losing her apartment and her job in New York. Not ready to confront her demons, she ignores her problems until she almost drowns and ends up in a hospital. Her memories of that fateful night slowly drift back and torment her.

Lea’s father feels guilty for having uprooted her because of marital problems. He encourages her to visit their old home, hoping she will reconnect to the positive memories of her childhood. He is unaware of the crime she committed thirteen years ago. With nowhere to turn, Lea decides to accompany him.

When she is confronted with her childhood and the people from the past, the repressed memories comes back and leave her no choice but to go back to the mine, the place where she believes she killed Bill.

If he survived, what will he do when she finds him? Is she ready to face the consequences of her actions? 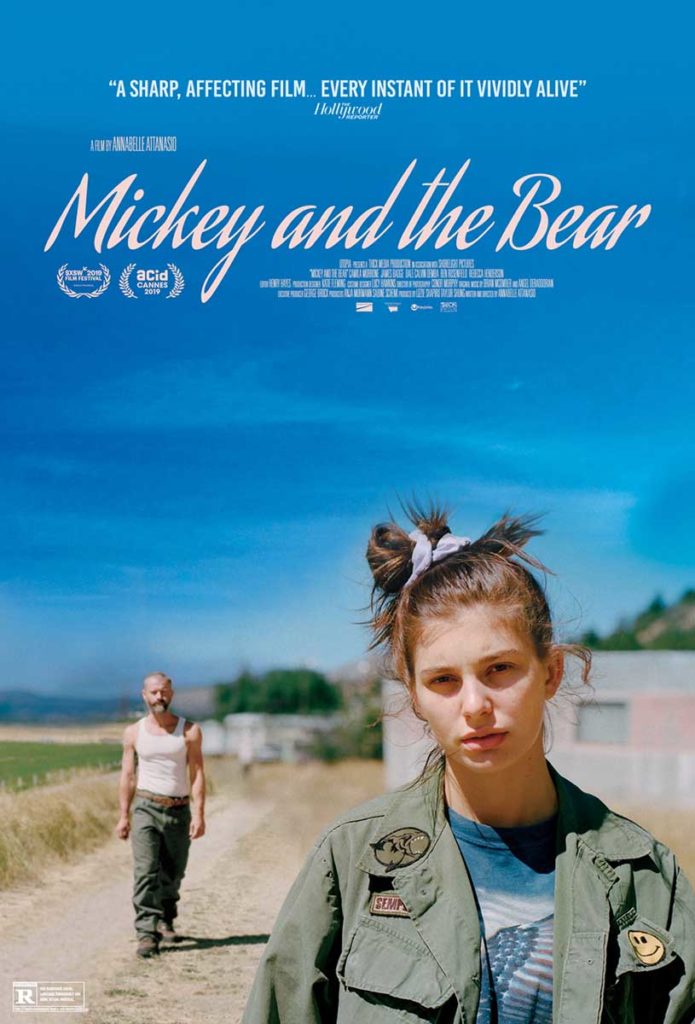 Mickey and the Bear
Drama

Faced with the responsibility to take care of her opioid-addicted veteran father, headstrong teen Mickey Peck does what she can to keep her household afloat. When she receives the opportunity to leave her home for good, she must make the impossible decision between familial obligation and personal fulfilment.

It’s April in Anaconda, Montana, and headstrong teenager Mickey Peck (Camila Morrone) is doing what she can to keep her single, veteran father (James Badge Dale) afloat, navigating his mercurial moods, opioid addiction, and grief over the loss of his wife. Secretly, Mickey fantasizes of going to college on the west coast and finally living life on her own terms. When Hank’s controlling, jealous behavior turns destructive, Mickey must decide between familial obligation and personal fulfilment as she puts everything on the line to claim her own independence.

Annabelle Attanasio is a singular new voice in the filmmaking arena.

Upcoming, Annabelle will make her feature directorial debut with MICKEY AND THE BEAR, which stars Camila Morrone and James Badge Dale. The story centers on headstrong teen Mickey Peck (Morrone) who is faced with the responsibility to take care of her opioid-addicted veteran father (Dale), and does what she can to keep their house afloat. When she receives the opportunity to leave her home for good, she must make the impossible decision between familial obligation and personal fulfillment.

The film, which Annabelle also wrote, debuted to massive critical acclaim at the 2019 SXSW Film Festival, where it was described as “a sharp, affecting film that’s brimming with darkness and hope, every instant of it vividly alive,” by The Hollywood Reporter. It went on to win the Grand Jury Award at IFFBoston and premiered internationally at the Cannes Film Festival as a part of the ACID section. At the Montclair Film Festival, Annabelle was recognized with both the Mark Urman Award and the Audible Storyteller Award. She went on to win the Adrienne Shelly Foundation Excellence in Filmmaking Award from Nantucket Film Festival. This fall, the film will play at Deauville International Film Festival, among several others. The film will debut in theaters in November 2019.

This year, Annabelle was selected for the Film Society of Lincoln Center’s prestigious Artist Academy program pegged to the 57th New York Film Festival, which has historically nurtured some of the most celebrated filmmakers of our time. She was recognized with the Rising Star Award by Luce Cinecitta and was given the Key to the Cinecitta during AFI Fest 2018. She is an alumna of the 2017 Hamptons International Film Festival Screenwriters’ Lab, where she received the coveted Melissa Mathison Award; and she was selected in 2017 for the IFP No Borders Project Forum & Co-Production Lab.

Annabelle’s most recent short film SAFE SPACE, which she wrote and directed, made its world premiere at Palm Springs in June 2019. Her first short, FRANKIE KEEPS TALKING, has played over 30 festivals and won awards including Best Female Protagonist at NFFTY.

She currently resides in New York. 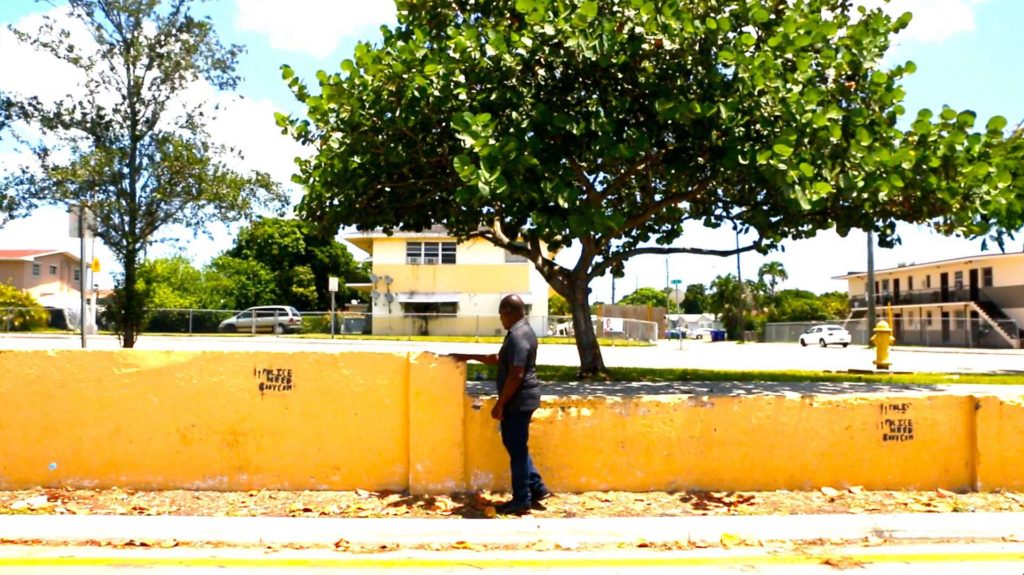 Razing Liberty Square follows the fight over the re-development of Miami’s Liberty Square, the first segregated public housing project in the South. By challenging the city’s plan, in one of the most racially segregated cities in the United States, the women of Liberty Square fight to defend their community against the onslaught of climate gentrification and cultural erasure by reclaiming their place in Miami’s past, present and future.